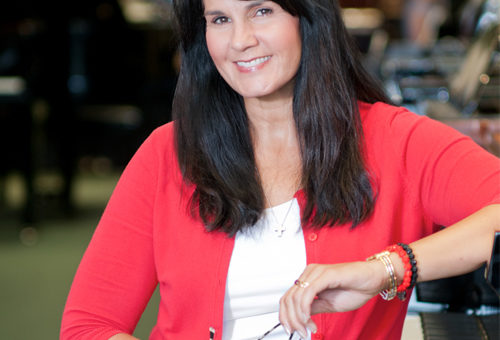 Kim Koch graduated from Memorial High School in Tulsa where she was an enthusiastic Dan Call acolyte. Kim studied voice for one year at Oklahoma City University, with the renowned Florence Birdwell before transferring and graduating from the University of Tulsa with a Bachelors of Music degree, Vocal performance, major and piano, minor. While studying at TU Kim sang multiple major roles in the TU opera, musical theatre and choral programs and participated in the Tulsa Opera Young Artist program, understudying such roles as Flora in Nick Muni’s notable modern adaptation of La Traviata, The Queen of the Night in Die Zauberflote and Cio-Cio San in Madama Butterfly. Kim was accepted into the Masters program at Mahattan School of Music where she studied for three years with Maitland Peters. While living and going to school in NYC, Kim worked in the marketing department at the Metropolitan Opera queuing up in the cafeteria behind such artists as Placido Domingo, Luciano Pavarotti and Franco Zeffirelli. Kim moved back to Tulsa where she taught Elementary Music in Tulsa Public Schools and maintained a private voice studio. Kim has performed extensively in such local theater companies as Theater Tulsa, Oklahoma Sinfonia and Discoveryland!, where, for three seasons, she served as musical director. Kim happily rejoined the family business as Director of Saied Music School and Steinway Institutional Manager. Kim is married to Greg. They live in Broken Arrow, with their three children. 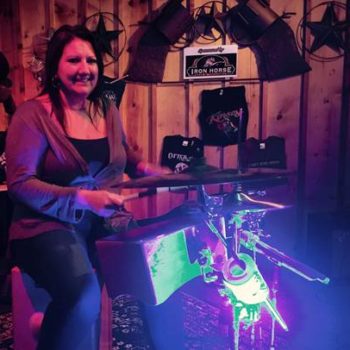 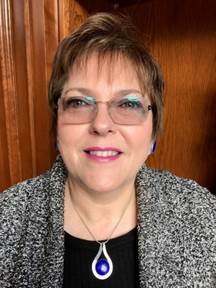